With the release of its Fitness+ programme, Apple has also introduced several new functionality for Apple Watch. Starting with iOS 14.3 and watchOS 7.2, the Apple Watch will track the cardio-respiratory health level of the user.
Just before to this update, the Watch assessed VO2 max (the highest amount of oxygen the body will use during exercise, normally by calculating the fitness level of someone), but only at normal and higher stages. 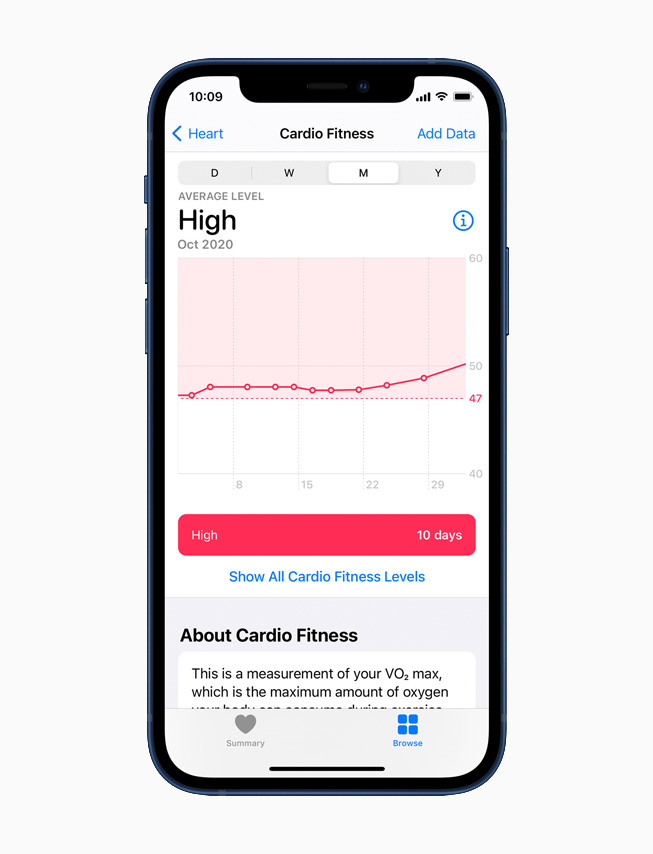 The Watch uses various sensors, such as the heart tracker, the GPS, and the accelerometer, to achieve this. Apple claims this is a milestone, as determining VO2 max correctly normally involves clinical tests using advanced instruments.

Cardio fitness is rapidly recognized as a strong indicator of optimal health, and with today’s update to WatchOS 7, we are making it much more available to more users,” said Jeff Williams, Chief Operating Officer of Apple.
Apple Watch is now estimating average and higher levels of VO2 max during intense outdoor cycling, running or climbing, which many runners and other athletes are tracking to enhance results.

Today, iOS 14.3 and watchOS 7.2 allow Apple Watch users to access the Cardio Fitness segment in the iPhone Health app and see if their cardio fitness rating is rated as high, above average, below average compared to people of the same age group and of the same sex.