If you are looking for the Best Smartphones under Rs 30,000 in Pakistan, then you are at the right place. Thinking of buying a new phone and worried about the price range? We’ve got the best smartphones of the moment listed here which are economical but have extraordinary features. At Rs. 30,000 PKR, you can easily get smartphones that are almost flagship class. All the phones we listed below offer the best hardware available today along with good cameras and decent designs. It means at such a low price, you will be able to buy phones with minor compromised features.

Buying a new phone is always a good idea, however, buying the perfect one is a difficult decision and needs proper research. To make it easier, we have listed the seven best smartphones around 30000 at one place for our readers.

Here are the Best Smartphones under Rs 30,000

Buying a mobile device is not that easy as one thinks it is. It is a heck of a task as people seldom find which device is the best buy when it comes to consideration of both money and features. Everyone wants the device to be equipped with a marvelous feature but at the same time, money is also one of the most important things that need to be considered. It’s not that one cannot buy a device that has great features at a cost-effective price instead it only needs some research and one can easily land to a conclusion.

However, the finding process is not that difficult now as we have done all the research for you. You only need to read this blog and decide which device suits you the best.

We’ve spent hours whittling the contenders down to a top 5, and we take into account the power, specs, design, and, most importantly, value for money of each handset as discussed.

Let’s get straight into it the list, have a browse through it to see which suits you best. 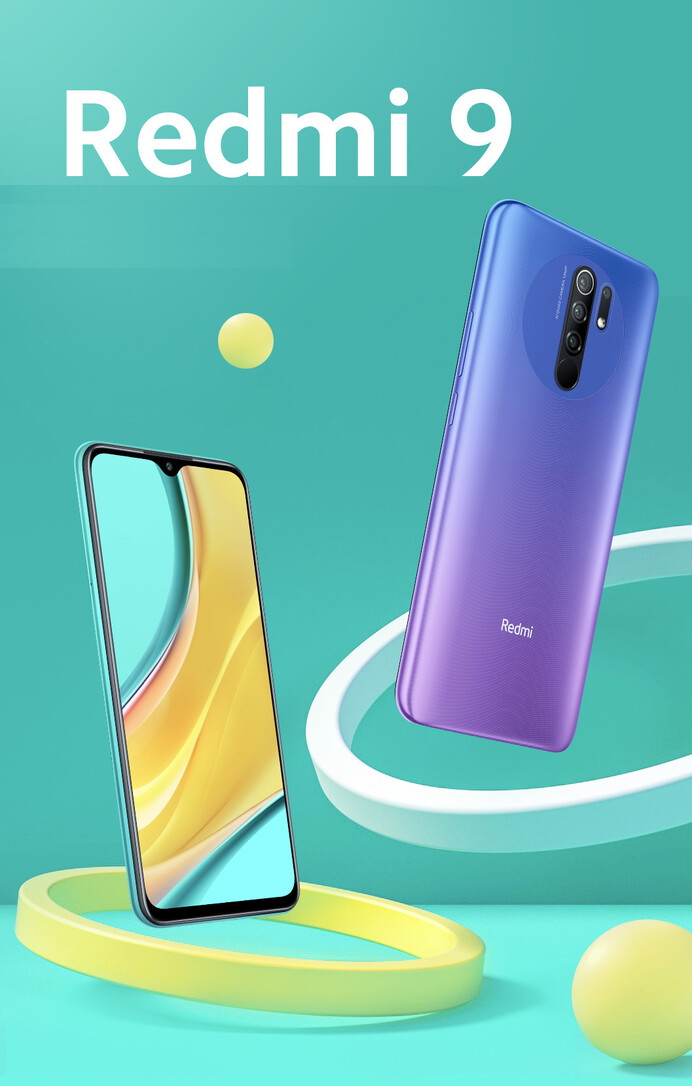 Xiaomi has recently announced one of its budget masterpiece, the new Redmi 9. It is a smartphone with a lot of mind-blowing features and high-end specs due to which it has managed to occupy first place on our list. This is the phone that has targetted the mediocre society who wanted high-end specs at a budget price. Like, can you believe that you are getting a powerful G80 processor at just around 27k rupees,

That’s not the only reason for its triumph and occupying the first spot. Though there is an IPS panel the resolution it provides is 1080 x 2340 which is also a rarity in this price range. Besides that, you get a powerful 4 GB RAM along with 64 GB internal memory along with an impressive quad-camera set up to capture more detailed images. And finally, I’m going to reveal the most astonishing attribute which is its price. The Redmi 9 is available in PKR 27,499/- which makes it the top contender on our list and is probably one of the best smartphones under Rs 30,000. 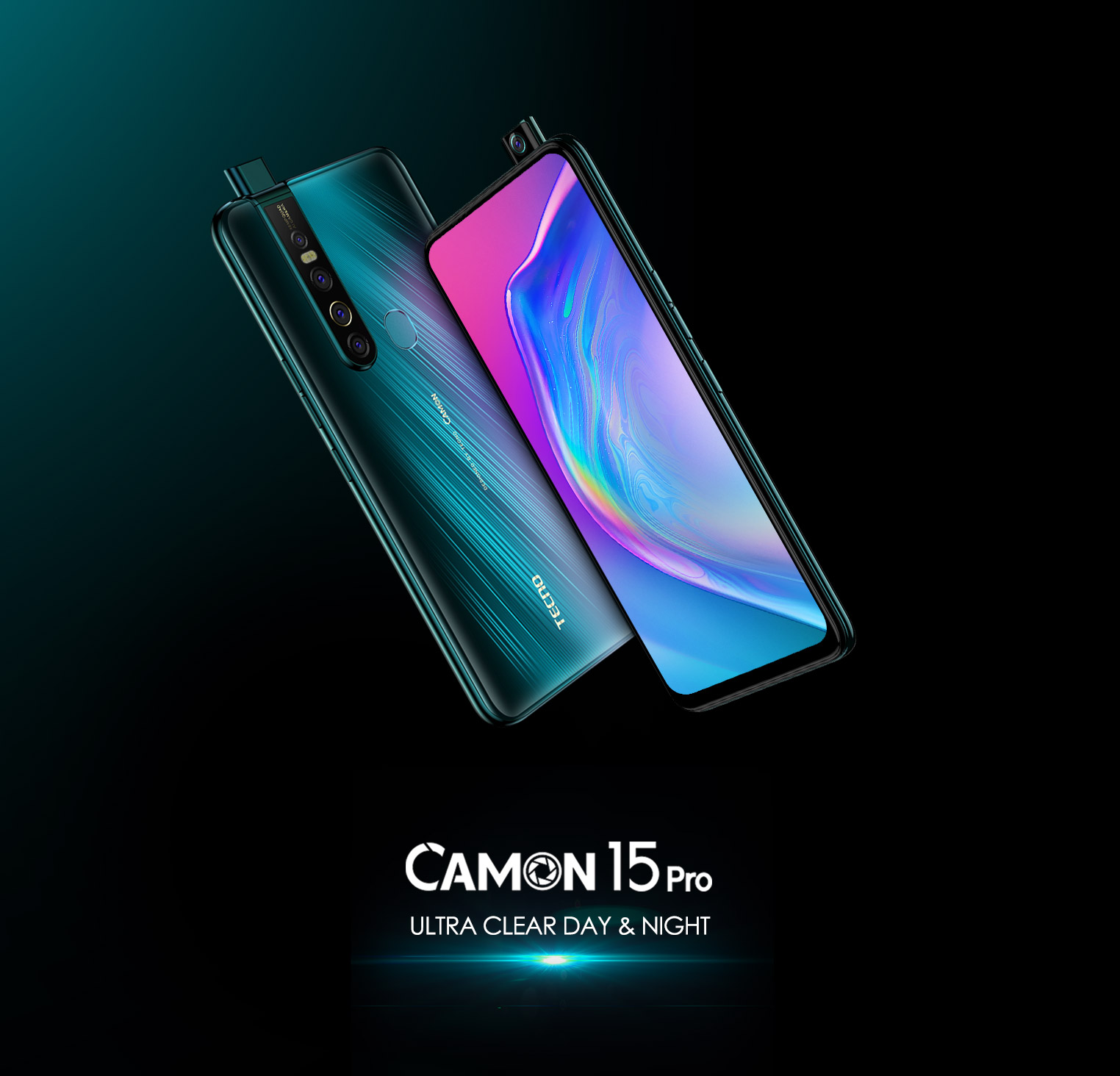 The all-new Camon 15 that has got a moniker Pro at the end which implies that this variant would be much more powerful as compared to the standard variant of the series. However, few of the specs of  Tecno Camon 15 Pro will be the same as used in the standard variant. But there are some upgradations as well. The chipset installed is the MediaTek Helio P35 which is the good chipset. In terms of memory size, techno’s products have always astonished us and it goes the same this time as well. There is a huge 6 GB of RAM and 128 GB of internal storage to store massive data. An IPS panel is fitted with a resolution of 1080 x 2340 pixels. There is a quad-camera setup but the most stylish thing is the motorized pop up of this phone. The Camon 15 Pro is available at PKR 27,999/-

However, still, the phone managed to occupy the second spot solely because of the chipset as the Helio G80 of the Redmi 9 is much more powerful than P35. And the price is also a bit higher than the first contender. 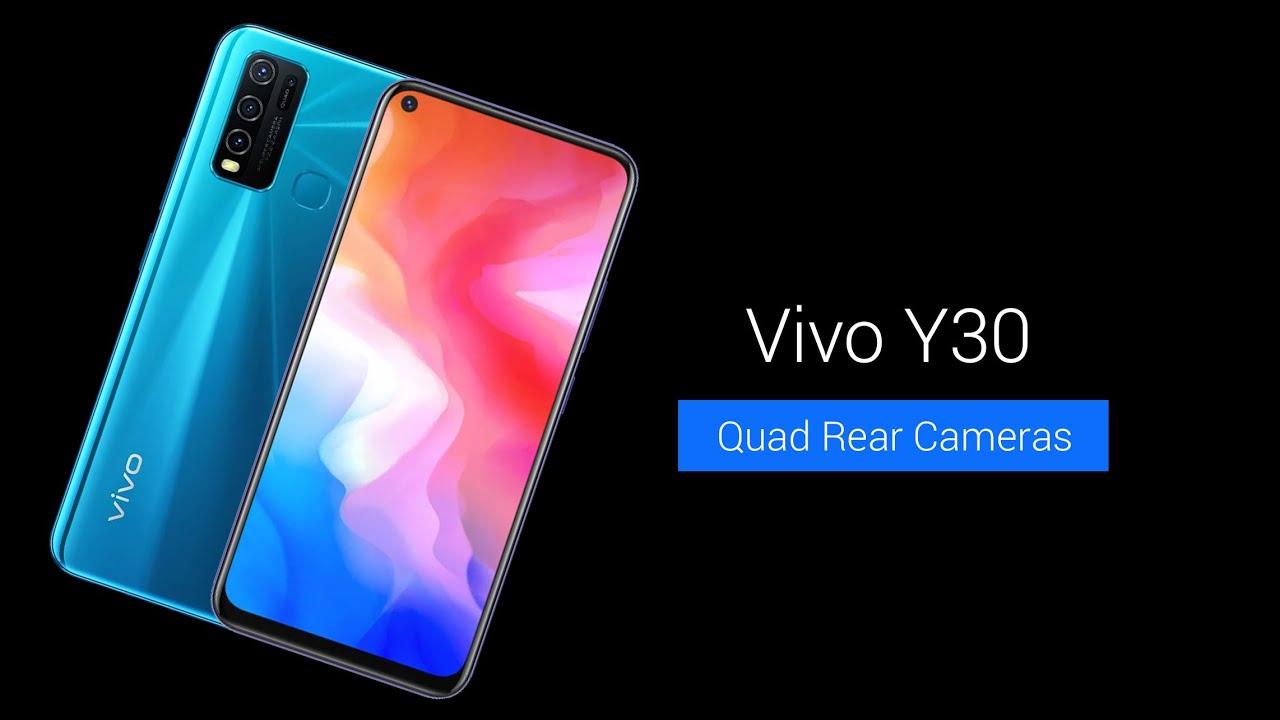 Vivo Y30’s spurred excitement when it hit the market. It is one of the most selling handsets these days because of its elegant design and extravagant specs. The Y30 comes with a quad-camera setup with 13 MP main camera. In terms of memory, it has 4 GB RAM and 64 GB internal storage that is quite a normal sight these days.  The chipset of  VivoY30 is also a powerful one that will provide outstanding performance to make it one of the best choices for the customers. It’s the MediaTek Helio P35 SoC. There would be an IPS display with a resolution of 720 x 1560. The Vivo Y30 is available in PKR 27,999/-.

However, this phone occupied the third position on our list and couldn’t surpass the Redmi 9 or Camon 15 pro because of some reasons. First of all, there is a weak processor as compared to Redmi 9’s G80 processor. Secondly, the resolution is also not up to the mark compared to the above two and finally, the price is a bit higher than the first contender even though it has a weak processor. 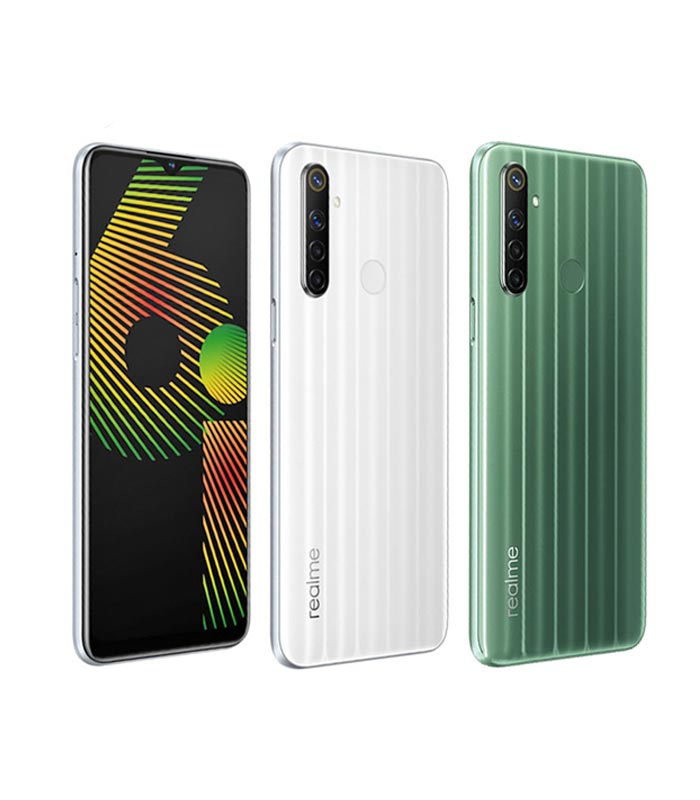 Realme unveiled its new affordable smartphone, the 6i, that has got some outstanding specifications. The smartphone is an upgraded version of its previous variant 5i. The Realme 6i is having an upgraded quad-camera setup with few extravagant features that will make the phone lovers thinking to purchase it. The phone will be powered by one of the most powerful chipsets, the Mediatek Helio G80. There will be 4GB RAM and 128 GB internal storage. The capacity of the RAM is sufficient to support multiple tasks without any issues. There is an IPS display with a resolution of 720 x 1600 Pixels. The main sensor of the camera squad will be 48 megapixels that are quite an improvement as compared to the previous variant 5i. The Realme 6i is available in PKR 29,999/-. It is also one of the best smartphone under 30,000.

However, though the phone has got a G80 still it got the fourth position on our list because the display is a bit disappointing and RAM along with the price is also not up to the mark if we compare it with the above-mentioned smartphones. 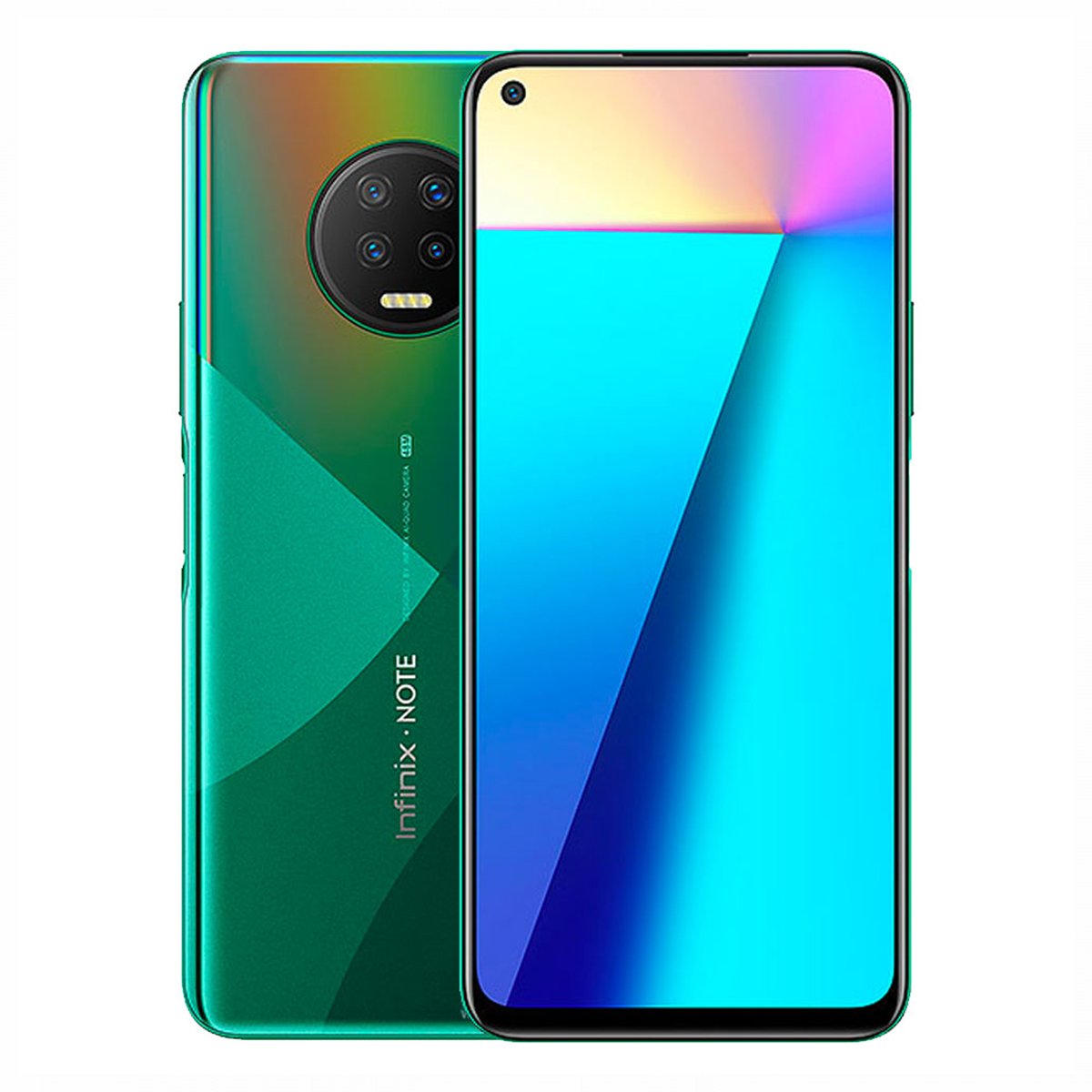 Infinix Note 7 comes with a 6.95-inch display with a resolution of 720×1640 pixels. The smartphone is powered by a 1.7GHz octa-core MediaTek Helio G70 processor. It comes with a humongous 6GB of RAM and 128 GB internal storage. The Infinix Note 7 runs Android 10.0 and is powered by a 5000 mAh long battery. It also supports fast charging. There is a rear quad-camera setup with the main camera as 48 MP.  Infinix Note 7 has turned out to be a hot cake for the manufacture, since its launch it has been the best seller for quite some time now. The Infinix Note is available in PKR 27,999/-.

Though, the phone occupied 5th spot on our list because after using the phone for some time it turned out that the build quality of the phone is a bit cheap. Another reason for the low ranking is its display which is also not up to the mark as compared to its rivals. 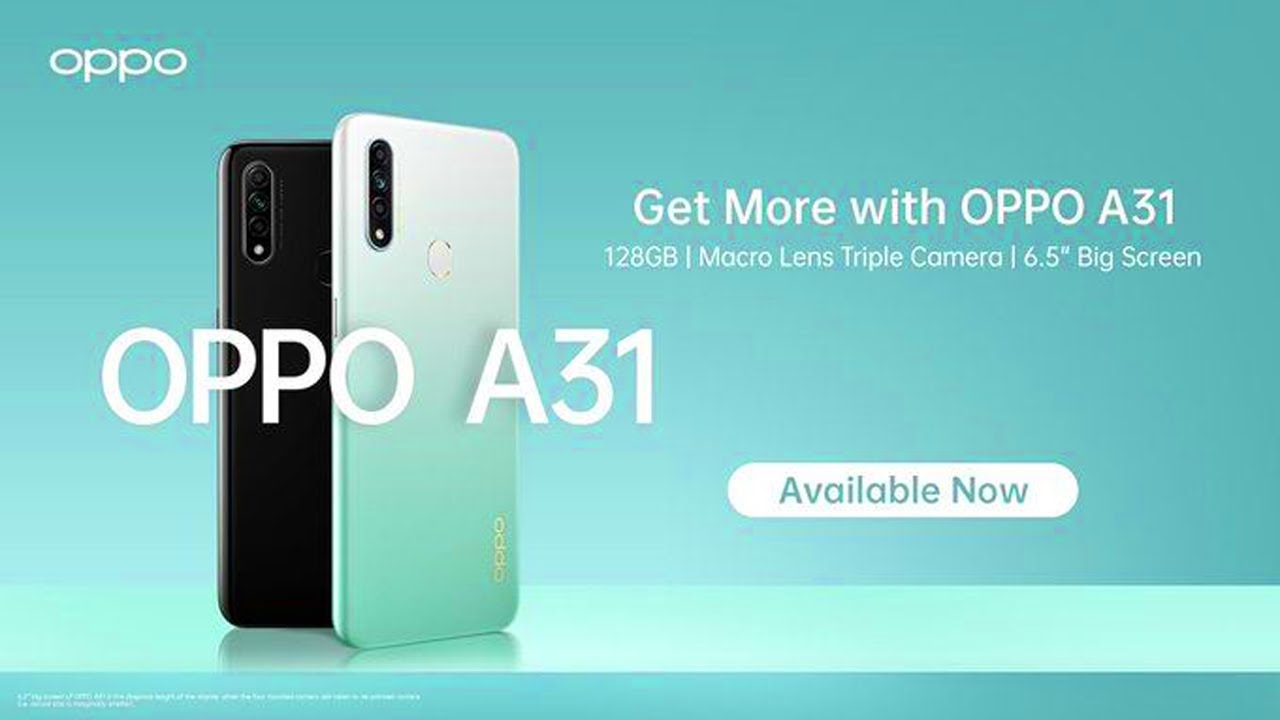 Oppo A31comes with a 6.50-inch drop notch display with a resolution of 720×1600 pixels along with an aspect ratio of 20:9. Oppo A31 is powered by a 2.3GHz octa-core MediaTek Helio P35 processor. It comes with 4GB of RAM and 64 GB internal storage. The Oppo A31’s operating system is Android 9 and is powered by a 4230mAh non-removable battery. In addition to that,  the phone has a triple rear camera with the main lens as 12-megapixel. There is a corning gorilla glass 3 for protection. The Oppo A31 is available in PKR 29,999/-.

It is pretty much apparent that why this phone is placed at the second last in our list. The operating system is not the latest, there are a less powerful battery and camera, and also not an impressive display. But, surprisingly the price of this phone exceeds many other on our list. 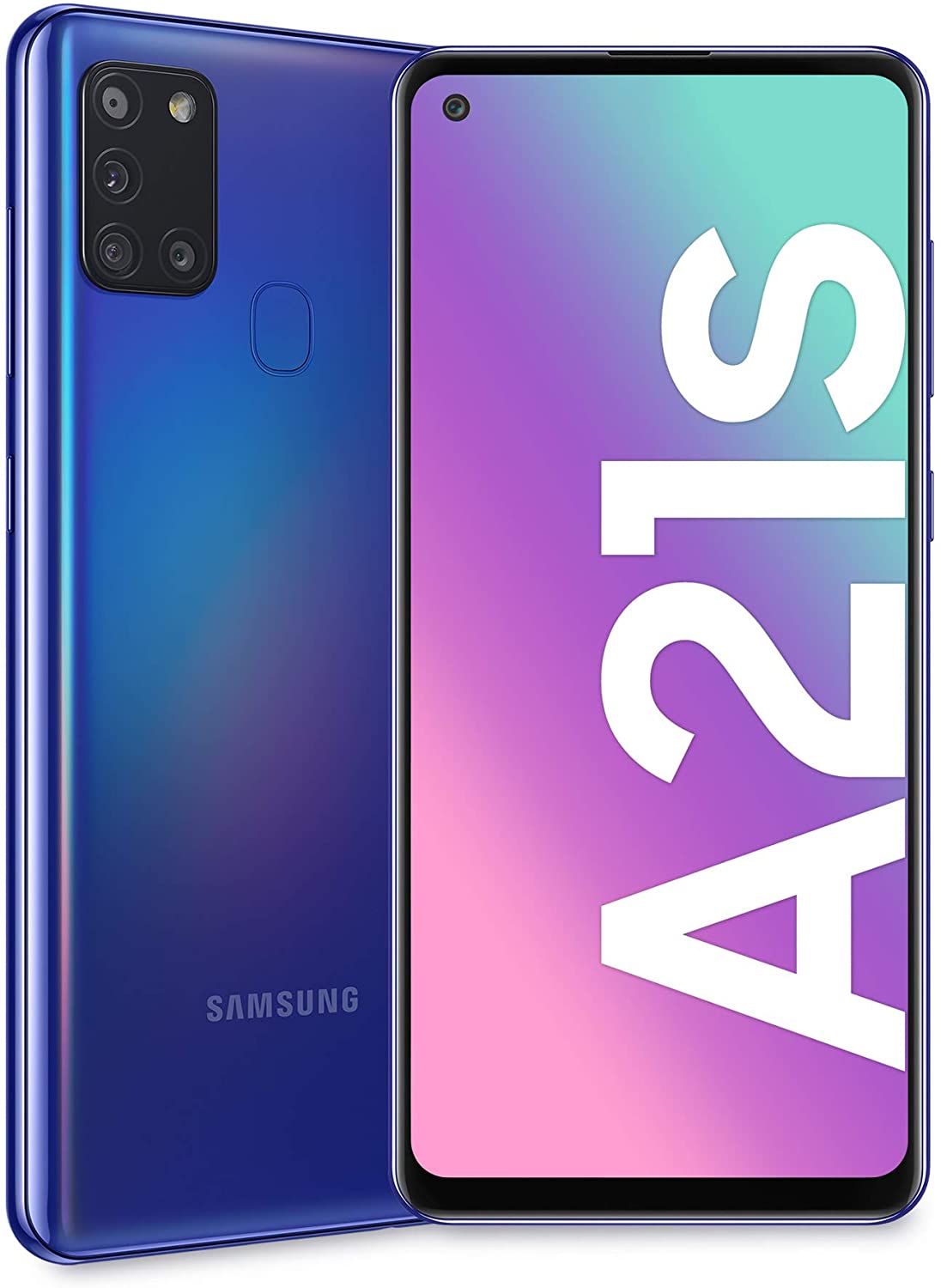 The Galaxy A21s is the only Samsung brand phone on our list. This is one of the first phones in which Samsung has used some higher specs at a budget price. Like, there is a Quad camera setup with 48 MP as the main camera. In addition to that, there is very powerful chipset installed, the Exynos 850 (8nm). There is a 6.5 inches display with a resolution of 720 x 1600 pixels.  However, the display panel used is TFT which is pretty much disappointing. The A21s is available in PKR 29,999/-.

I would recommend this phone to all the brand conscious people. The reason for it is that the A21s is a branded, stylish, powerful and an affordable phone from Samsung.

All the devices mentioned above are up to the mark packed with splendid features and are the Best Smartphones under Rs 30,000. Our personal favourite from all of the above devices is “Redmi 9”. This is the best mid-range phones which all the flagship features at a very affordable price. I love this device very much because it is fulfilling all the requirements of a regular user at a very economical price.

However, if you are among those people who are brand conscious and want a device from a renowned brand then Galaxy a21s is one of the best smartphones under Rs 30,000.

Let us know in the comments section below if you have some better latest devices to share under the price tag of RS 30,000 Pkr. Also, let us know what you think is the best device in our list that should be bought.