We all know that PUBG is a battle royale gameplay where you need to fight out to remain the last one standing. This game is quite popular nowadays. Many people are addicted to this game and that’s why it has become the latest trend. Recently, the developers of the call of duty have announced a New PUBG Game. They have not revealed the name of the upcoming game yet. However, the only thing that we know about it is that it’s developed by a new studio named ‘Striking Distance’.

A New PUBG Game Is On Its Way For The Gamers

Striking Distance is a new studio that has appointed a new team for production led by Glen Schofield. Glen Schofield has lots of popular games like Dead Space and Call of Duty to his credit. The best part is that this upcoming Game will be developed under his supervision. 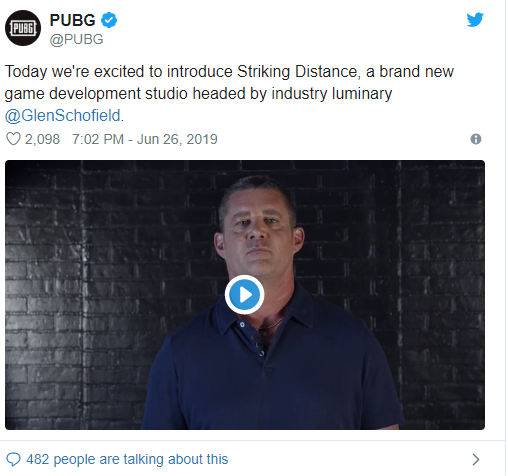 It is quite obvious that the PUBG Mobile is the top-rated game on both Android’s Google Play Store and iOS Play Store. According to the latest reports, PUBG Corporation’s new game will be an “original narrative experience within the PUBG universe”. There had been no further words regarding it yet. Let’s see what comes next. Till then, stay tuned for updates.