Donald Trump Joins Snapchat on Inauguration Day. With taking charge as the 45th president of United States of America on Friday, Donald Trump also took on the duty of a new Snapchat account.

The newly elected president took to Snapchat to share two videos of his drive on the way to the inauguration ceremony from the White House. 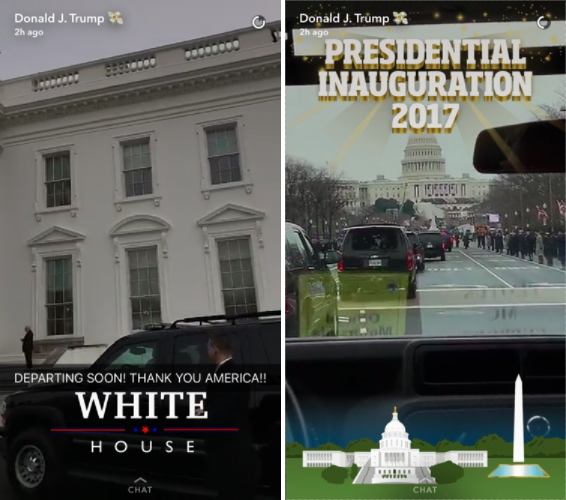 Trump sticked with Twitter, using the social networking site to post statements and call out media companies. On the other hand his competitors used every social media platform they could find during the presidential rivalry.

However Trump presidential campaign bought a nationwide custom Snapchat filter for the first presidential debate. Trump’s Snapchat account has been verified and also features a distinct emoji next to his name.

While most presidential candidates and politicians decided on the American flag, Trump has a flying money sign common among business people.

He was elected as the president after the November elections in 2016. After Trump’s victory people responded with wonder, amazement, and dissatisfaction on social media.

Also Read: Snapchat Introduces Groups Chat with up to 16 users