Google has been working on its Google Maps App to make it more user- friendly. Google Maps Feature to display speed limits was tested back in 2016. However, at that time, it made its way to very few users in limited areas. Recently, we have come to know that Google Maps For Android & iOS is now displaying the speed limits to some users. Furthermore, it will soon roll out to all users.

The new feature displays the speed limits as well as the icon to denote the location of speed cameras. Furthermore, according to the latest reports, Google Maps will also send an audio notification to the driver when he will approach a speed trap. It will help those drivers who don’t use smart screens or navigation systems. The feature is rolling out to limited countries right now. However, it is expected to make its way to all users globally. This new feature will allow you to avoid speeding ticket. 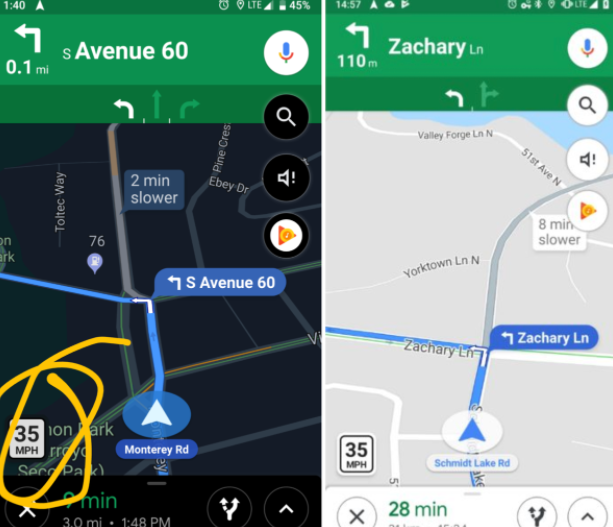 In addition to that, Google also rolled out a new messaging feature for Google Maps for Android. The new messaging functionality allows the app users to engage in IM conversations with businesses. However, we don’t know how many companies or businesses are taking advantage of this new messaging feature yet. The feature is actually more specific for finding out information about a store or local business that can’t easily be found on its website. Its use is more specific as there are already many messaging apps available to Android users.