Few days ago we told you about the leak of HTC U12, that it will come with Snapdragon 845 & Dual Main Camera. Today, we heard about a new leak which says that HTC U12 will be look like HTC U11 & U11+, but with some differences. HTC U12 To Feature Matte White Glass Colour.

HTC Source has reported that the upcoming HTC U12 may have a new design. This new device will have glass on both sides as we found in HTC U11 and HTC U11+ but the glass on the rear will be white with a Matte finish. HTC U12 will feature a metal frame which will be sandwiched between curved glass on the front and back of the phone.

HTC U12 May Come with Matte White Metal and Glass Design

Previously the HTC U11 came with “Liquid Glass” for that ultra-shiny mirror finish, but the leak said that the HTC U12 the high-sheen gloss will be replaced with a matte finish in white, which will still be glass. 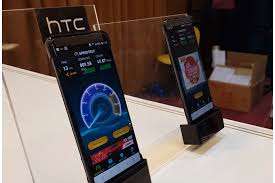 This is a good news for those, who were in love with HTC U11 overall, but were not satisfied with blingy high-shine finish and were tilted towards a matte option. Its like HTC has just fulfilled their wish.

According To HTC Source, the phone looks to be shaping up quite an impressive device which should be able to go head-to-head with the Samsung Galaxy S9.

Still there are not exact confirmation about design and some other features of HTC U12. But according to some leaks that HTC U12 may feature CPU SD845 and Display 5.99 QHD+. The device will come with RAM up to 6GB & ROM up to 256GB and Dual Main Camera 12mp + 16mp (Sony IMX3xx). The power house will have 3420mAh battery. This time HTC will introduce face unlock. However, no one knows that HTC U12 will come with single or dual SIM version. The device may feature Android 8.0 + Sense 10.

Read Next: HTC U12 Rumored to Launch in April with Snapdragon 845 & Dual Main Camera