IMDb TV is a specialized portal for free, ad-supported movies and series, as well as Amazon Studios’ own devoted originals. Previously, IMDb TV’s programming was only available through the main IMDb app, and there was no dedicated streaming app for iOS or Android.

Amazon revealed some information during their advertising presentation. “This summer, we’re also debuting on mobile – iOS and Android – so get your smartphone out,” stated IMDb TV Co-head of Content & Programming Ryan Pirozzi.

Even though its originals have struggled to make as big of an impact as titles from other premium providers, IMDb TV’s content portfolio is pretty strong. IMDb TV, according to the app’s description, offers hundreds of licensed movies and series, as well as original programs. Yes, IMDb TV, like Netflix and Disney+, offers its own roster of original programs.

“Mad Men,” “Malcolm in the Middle,” “Wolf of Wall Street,” and “How to Train Your Dragon” are among the popular series and movies available for free on IMDb TV. It also includes Amazon Studios originals, and the firm claims that IMDb TV has half as many advertisements as regular terrestrial television.

“Top Class,” a reality series about a high school basketball team, is one of the best IMDb TV Originals. LeBron James and Maverick Carter are among the executive producers. Amazon is putting money into more IMDb TV shows from veterans like Dick Wolf and Michael Schur. 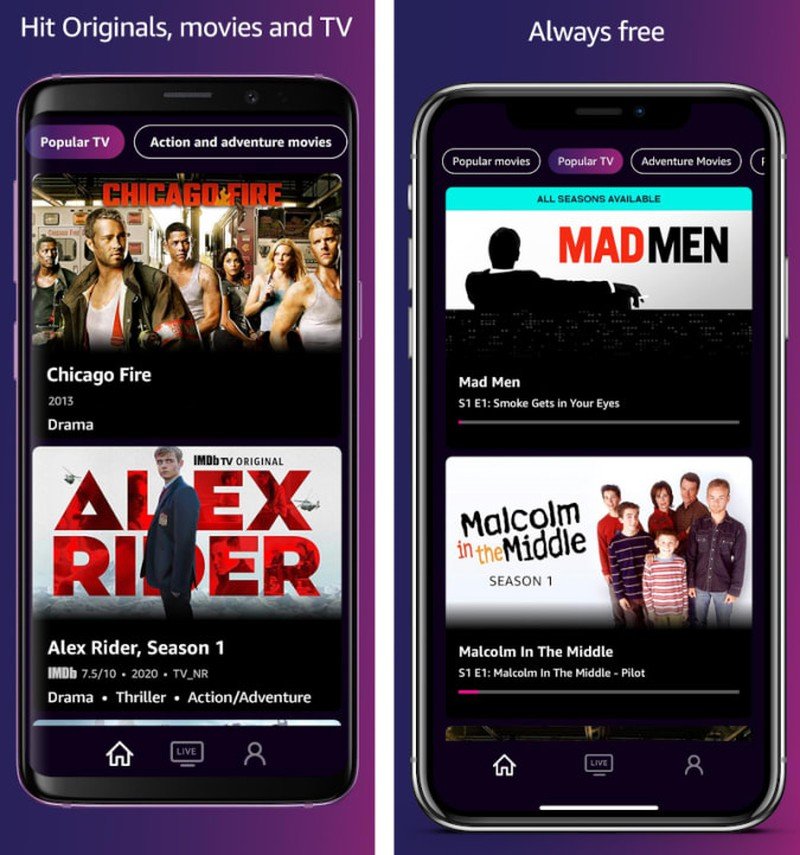 Last month, Universal Filmed Entertainment Group signed an exclusive multiyear licencing arrangement with Prime Video and IMDb TV. IMDb TV will have TV-window rights to Universal pictures as part of the deal, making it the first AVOD service to have such early access to a major studio’s films.

Following its recent expansion to Roku, the Amazon-owned subsidiary released IMDb TV apps for LG Smart TVs, PlayStation 4, NVIDIA Shield, and TiVo Stream 4K in March. Until now, however, you had to use the IMDb app to access the service’s mobile offerings.

The users must know that the IMDb TV app requires an Amazon account to use. To use the app, you do not need to be a Prime member. You also won’t be able to avoid the advertisements if you have Prime. The software is available for free on the App Store for iOS and Google Play for Android.