Nearly all the social apps are available for download on all the different devices like Android phones, tablets and iOS phones and tablets. But Instagram is one app that is still not available as an app for the iPad. Adam Mosseri, the boss of the social app gave a very weak excuse that there are not enough iPad users to justify making a dedicated app for the iPad, though they get the request for it quite often.

According to the analyst data Apple has shipped over 51 million iPads across all of 2021. It clearly shows the high percentage of iPad users in the smart devices market. It would not be wrong to say that if not all most the iPad users will be having an Instagram account and using it via the web app. These users will no doubt really appreciate to have the dedicated app.

This year Instagram boss when asked about the app for iPad, in a tweet from Marques Brownlee, Mosseri said that they get the request for a dedicated app a lot; but there are not enough iPad users to compel them to cater their needs and make a separate app for iPad.

Yup, we get this one a lot. It’s still just not a big enough group of people to be a priority. Hoping to get to it at some point, but right now we’re very heads down on other things.

The answer given by Mosseri is very confusing. On one side he confesses that he is getting a lot of requests for a dedicated app for iPad; but on the other hand he contradicts his statement that there are not many iPad users to justify for making a separate app.

To clarify his contradicting messages Mosseri gave the justification in the next tweets that they support iOS, Android, www and IG Lite; and among these Android is the largest and people share more in messages than they do to Stories or Feed, so they need to adapt.

The reason and excuse given by the Instagram Exec is lame and furthermore the excuse has worsened over the passing years. Whatever the reason may be for not having a Instagram app but the number of iPad users seem like a not very convincing reason.

Also Read: Instagram in 2022: What is new for the Instagrammars 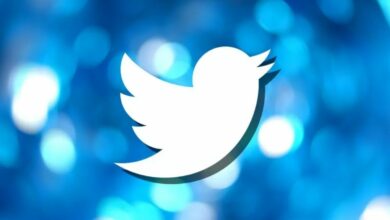