All Nokia Phones to Launch in Pakistan by the end of June. Finally after months of wait, Nokia has announced its entrance in Pakistani market once again. We all know really well how much people loved Nokia phones. The company, HMD Global owns the right to use Nokia’s brand on mobile phones. The Finnish company HMD Global took over Nokia last year. Now after its revival it is being anticipated that it will get its lost stardom.

Per Ekman, VP for the Middle East and North Africa Region made this announcement on Tuesday. He said that Nokia phones will launch in Pakistan within the next three months.

He further added that,

“Pakistan is a key market for us — three smartphones (Nokia 6, Nokia 5 and Nokia 3) and the new version of the iconic 3310 — will offer one of the most competitive value propositions for consumers”.

During his official visit to Pakistan Mr. Per Ekman met Mr. Rizwan Majeed the CEO Advance Telecom. In the meeting, a specially made cake highlighting Nokia’s upcoming android devices namely Nokia 6, Nokia 5, Nokia 3 and the legendary Nokia 3310 cake was cut to mark the comeback of Nokia in “Android” smartphones. Advance Telecom is the official partner of Nokia in Pakistan, at HMD Global. 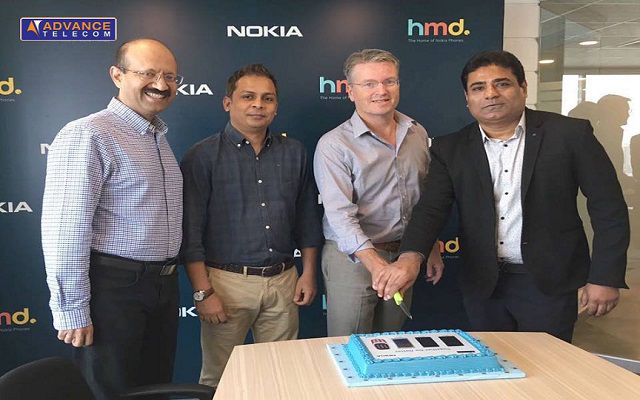 The smartphones will run on Android Nougat and feature Google Assistant. People are anxiously waiting for the phones specially for the new Nokia 3310. So lets keep our fingers crossed and wait for the new Nokia phones.