Apple is taking a U-turn on one of its most contentious App Store regulations, allowing developers of applications such as Netflix and Spotify to give links to sign up for subscriptions outside of the App Store.

Music services, video streaming, digital publications, newspaper subscriptions, eBook readers, and even podcast players are examples of reader applications. As a result of this new policy, some of your favorite applications will have new ways to manage your account and subscriptions starting next year.

Apple now compels such applications to use its in-app purchase mechanism, which earns Apple up to 30% in fees. However, after this update is introduced early next year, reader apps will be able to avoid the charge.

This so-called “anti-steering” policy is widely regarded as one of the most absurd and restrictive App Store restrictions in existence. For years, developers were advised that they had to either sell their subscriptions through Apple’s in-app purchase mechanism with 30% of the revenue going to Apple or omit any mention of how users might sign up for an account with their service.

This is what you get when trying to sign up for Netflix on the iPhone today. In early 2022, it’ll be a button that points you to Netflix’s website to sign up and pay there. This is a major, structural change that will save Apple a lot of scrutiny. pic.twitter.com/8iWDUTceZK

According to Bloomberg, the change will have no effect on games, and Apple’s decision will not end its legal fight with Epic Games Inc. over in-app sales. This is because, unlike games, reader applications do not provide in-app digital products and services for purchase.

Spotify may now offer a web view right in the app when you hit the sign-up button, thanks to improvements to the App Store. This lowers the entrance hurdle for services that compete directly with Apple. Other apps, such as Netflix, are affected by the same issue. At first, you simply see a “sign in” button. There is no obvious method to sign up. 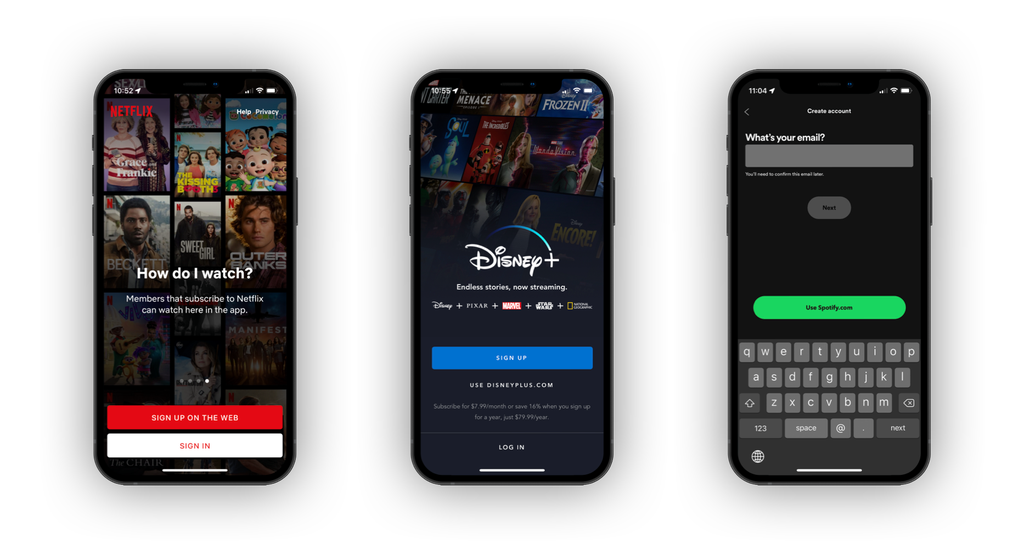 Still, it’s a huge step in the right way — a shift that enhances the end-user experience while also presumably removing much of Apple’s antitrust pressure. Nonetheless, we believe the devil is in the details here, and we’ll have to wait until next year to see how this plays out.