Right on time, OnePlus has just announced its OnePlus 9 Series, OnePlus 9, OnePlus 9 Pro and OnePlus 9R. A few weeks earlier, the company has announced its three-year partnership with legendary camera maker Hasselblad. Hasselblad cameras flew on Apollo 11 to the moon, now they come equipped on the latest OnePlus 9 and 9 Pro. In this article, I will discuss only two smartphones, the vanilla and a Pro version. Both phones have come with many astonishing features. Let’s have a look at the specs and features.

First of all, the Swedish camera maker focused on improving the colour science of the phone. The main camera uses an IMX789 sensor that was co-developed with Sony. It’s a large 1/1.43” sensor with 1.12 µm pixels, 48MP resolution. It features the latest camera technologies, including dual native ISO, Digital Overlap HDR (DOL-HDR) and 2×2 on-chip lens (OCL). And OIS. The main sensor can also record 8K video at 30 fps as well as 4K at 120 fps. There’s a 2MP black & white camera onboard meant to assist the main camera with monochrome shots.

There is another 50MP IMX766 ultra-wide-angle camera. This camera has an autofocus system that allows it to shoot macro photos at just 4 cm distance. Moreover, the phone has an 8MP telephoto lens. 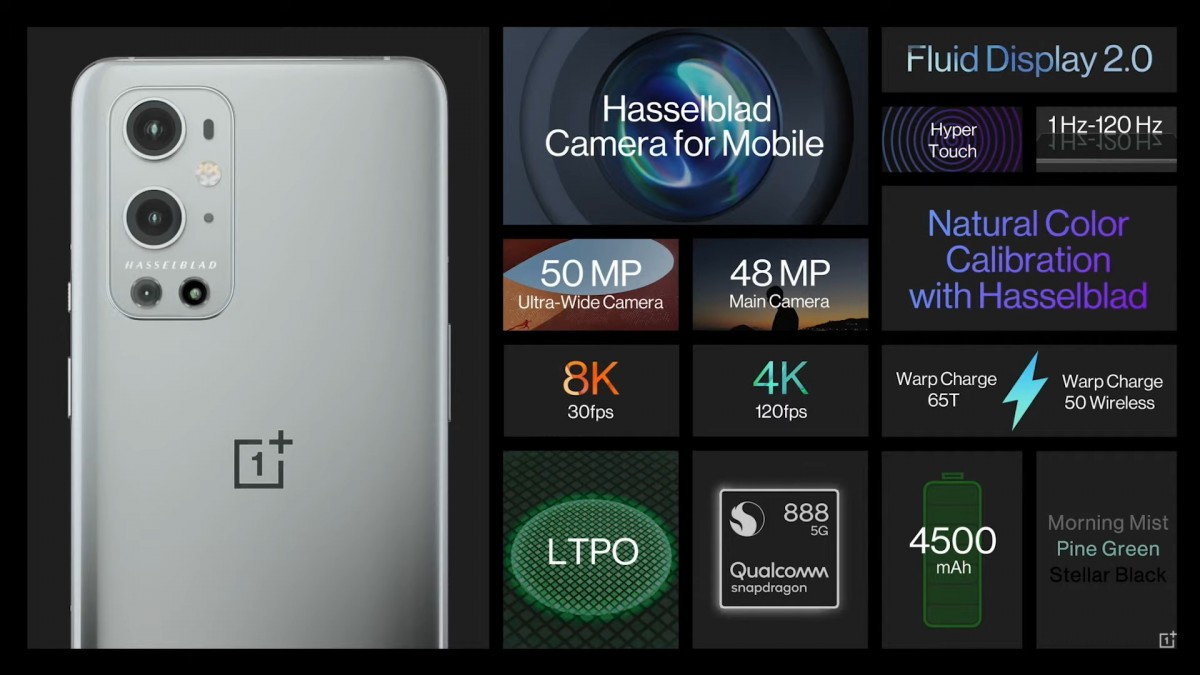 More interestingly, the phone has a 6.7” LTPO panel, which promises up to 50% power savings in general usage. The OnePlus 9 Pro is powered by the Snapdragon 888 paired with LPDDR5 RAM and UFS 3.1 storage. The phone comes with 8GB of RAM as standard, but you can upgrade to 12GB. Base storage is 128GB, with a 256GB option.

Furthermore, the phone has come with Warp Charge 50 Wireless. You need to bough the wireless charger separately. However, it will take 43 minutes to a full 1-100% charge. On the other hand, you will get a wired charger in the box. It will only take 29 minutes to charge the phone from 1-100%.

The OnePlus 9 gets a parred back version of the Hasselblad camera. The main module switches to the older IMX689 sensor – it is still a 1/1.43” 48MP sensor with 2×2 on-chip lens, dual native ISO and 12-bit RAW output. DOL-HDR is replaced with traditional HDR.

The good news is that the 50MP ultrawide camera is the same. The 2MP monochrome camera is still on board, but the biggest loss of going from Pro to vanilla is that you get no telephoto camera. 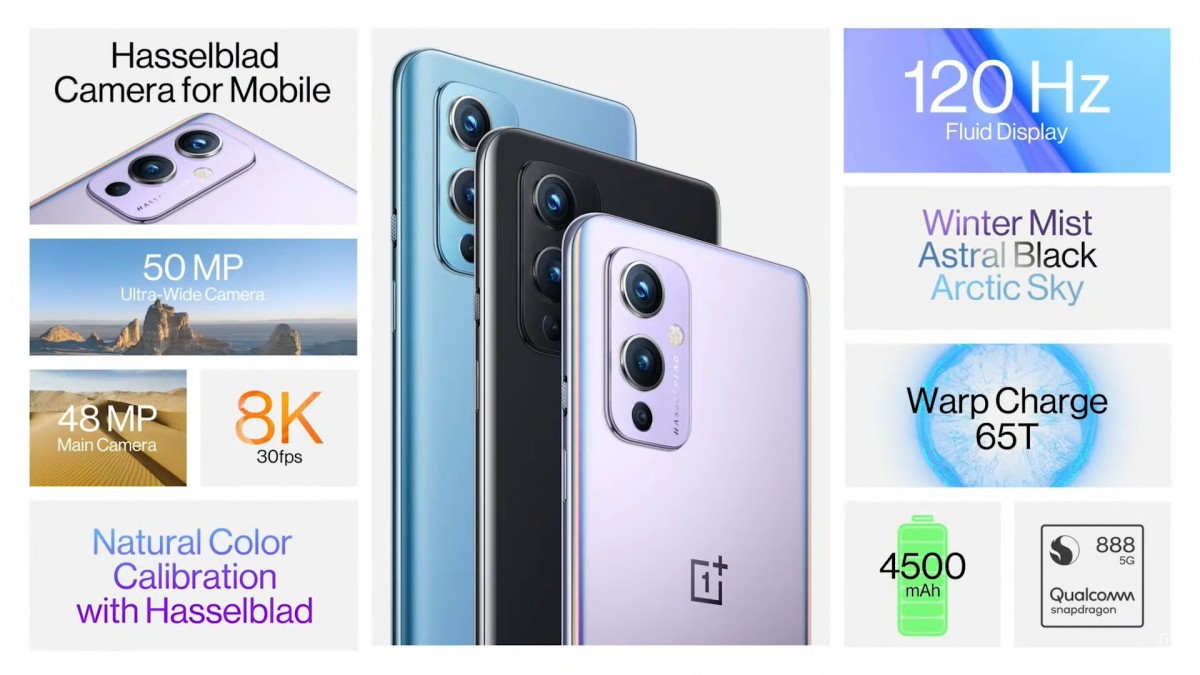 The vanilla OnePlus 9 has a flat 6.55” AMOLED panel with 1080p+ resolution. The phone is also powered by the Snapdragon 888 chipset with the new Cool Play cooling system. The phone is equipped with LPDDR5 RAM and UFS 3.1 storage with the same configuration options – 8/128GB and 12/256GB.

The pricing details of both phones in USA Europe are giving below. The availability in other markets is not known yet.