Just recently, we got our first look at the OnePlus 9 in an unofficial render. Now, OnePlus 9 Pro with Snapdragon 875 SoC Shines on Geekbench. The listing has revealed some other specs of the phone as well. The appearing of the phone on Geekbench confirms that OnePlus is working on OnePlus 9 series. 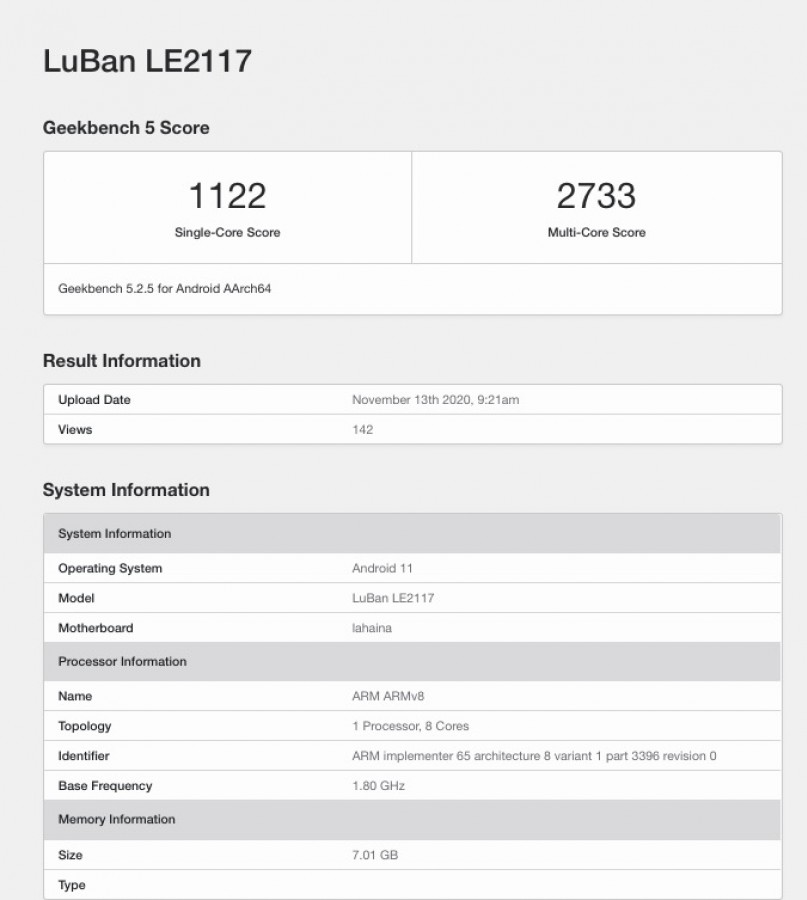 However, the previous leaks have revealed that the chipset will feature a Cortex-X1 performance core running at 2.84GHz alongside three Cortex-A78 cores at 2.42GHz and four Cortex-A55 cores clocked at 1.8GHz. So, we expect a 20-25% boost in performance compared to the Snapdragon 865.

Moreover, the Snapdragon 875 is going to announce on December 1. Qualcomm has an annual conference in Hawaii to launch Snapdragon 875. According to previous leaks, the OnePlus series will launch in March next year.

The renders reveal that the coming OnePlus 9 will come with a triple camera setup. However, the actual resolution is not known yet. Also, the phone will come with an off-centred punch-hole design for the selfie camera.

The rumours have revealed that the coming phone will come with 144Hz displays with the vanilla offering a smaller 6.55-inch one. Furthermore, OnePlus 9 lineup is expected to offer 60W wireless fast charging along with its massive 5000 mAh battery. Customers can also expect punch-hole displays with amazingly thin bezels—one plus 9 series support for QHD+ AMOLED panel along with 144Hz refresh rate.