The South Korean mobile manufacturer Samsung has succeeded in beating Apple and obtaining leading position in world smartphone sales in February, according to the latest research from Strategy Analytics. Due to massive sales of the iPhone 12, Apple led the market in last year, Q4 2020. 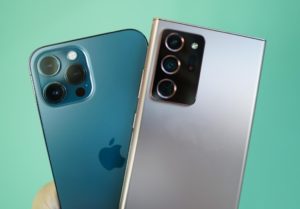 Samsung saw an increase in revenue in the last month, helping it revive its position. The firm has reportedly shipped 24 million different devices and gain a market share of  23.1 percent in February 2021. In the meantime, Apple succeeded in selling 23 million units with a market share of 22.2 percent. Moreover, with an 11.5 percent market share, Chinese mobile manufacturer Xiaomi became third in the list, followed by Vivo and OPPO respectively with 10.6 and 8.5 percent market share take the next positions.