For most of this year, sexual harassment against women has been at the forefront, with women all over the world resorting to their own techniques to feel safer when out at night. According to the Office for National Statistics, half of all women have felt insecure traveling alone in the dark at some time. They could contact a buddy, disclose their whereabouts on WhatsApp, or keep their keys close at hand – all of these are security precautions so the technology employed for women’s safekeeping outside their homes. 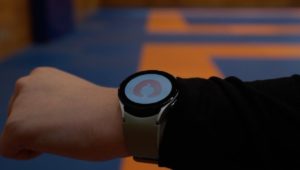 The WalkSafe app, which was established by Emma Kaye after suffering harassment, groping, and flashing, has grown in popularity and is currently the fastest-growing safety app. WalkSafe will launch a new sat-nav function early next year, complete with a live map where your family and friends can watch your progress and talk with you in real-time. For the time being, its key selling point is a map that allows individuals to determine the safest route home based on recent crime data.

“Our app encourages individuals to take preventative efforts to avoid crime, rather than reactionary actions when they are in an awful position,” Ms Kaye added.

We have senior ex-Metropolitan Police detectives and crime analysts sift through this material and categorize it into topics the consumer would be interested in learning about. Users may detect crime hotspots and plan safer routes by looking at crime patterns.”

Also read, Electric vehicles soon to be used in this sector of Pakistan

Researchers at the University of Bath are attempting to overcome the problem of difficult-to-activate safety gadgets. They are working on Epowar, a women’s wristwatch program that will send notifications if it detects the user is in trouble by tracking heart rate and body mobility. 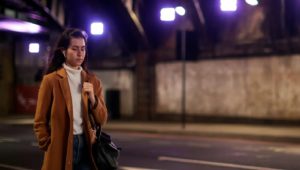 E-J Roodt, a student co-founder, claimed the idea struck her while jogging in a poorly lighted park, worried about the possibility of an assault. “When I noticed that smartwatches were being used to detect heart attacks, I thought, well, maybe that technology might be used to the protection of women,” she explained.

Rich Larsen, the creator of the bSafe software for cellphones, feels his technology might aid in prosecutions. It features a voice-activated emergency alarm function. It then starts live-streaming video and audio to pre-selected contacts and captures everything that happens. “These recordings might be used in evidence in court situations – like rape – which is typically difficult to prove,” Mr Larsen added. 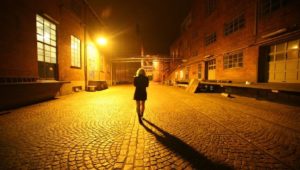 Police are also working to improve current call-handling technologies to deliver a visible and comforting response to females seeking help.

“Spyware is dangerous because it allows a stalker to activate the camera on a victim’s mobile phone, allowing them to see and hear what is going on. They can also read and send text messages from the victim’s phone and monitor their whereabouts.”