It’s time to bid farewell to 2014 and welcome 2015 with great expectations and commitments. Pakistan achieved many of its goals in 2014 and we can wish the telecom industry with good luck to further prosper and blossom in order to be ranked good in this competitive world. The achievements at both national and international level are worth mentioning at his platform, as they contributed a lot to the advancements of technological trends.

The Launch of 3G/4G Services in Pakistan 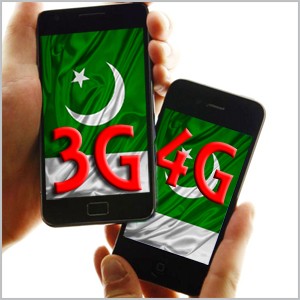 One of the milestones achieved in telecom sector of Pakistan in 2014 is no doubt “The Launch of 3G/4G Spectrum”, due to which the influx of smartphones has increased to a greater extent. After the installation of GSM and CDMA networks, now the companies are offering wonders with 3G and 4G services. Access to convenient, affordable and highly customizable mobile broadband devices and services makes life more productive, secure and meaningful and empowers people to transform the way they live, learn, work and play. And Pakistan’s telecom industry is on its way to develop and prosper.

The achievements of Pakistan’s MoIT include its membership of lost seat in ITU council. Due to the unbending efforts of Minister of IT Ms. Anusha Rehman, we regained our seat in 2014.

Each of the five administrative regions was entitled to a number of seats as follows:

Previously Pakistan’s Android developers were only able to create publisher’s accounts in order to publish their free apps on the Play Store and were unable to sell their apps on platform. Luckily, in 2014 Pakistan had been added to the list of countries who are allowed to have merchant accounts to take payments for their apps and in-app purchases. This move is significant from revenues generating point of view as it will help the app developers to earn money for their efforts. With this step from Google, Pakistani can make their grounds in international market.

Apple’s iPhone is the high-tech and trendier device that every man wishes to buy. 2014 also proved best for Pakistani people in a way that it brought iPhone officially to Pakistan. In December 2014, Ufone, Mobilink and Telenor officially launched iPhone 6 and iPhone 6 plus in Pakistan whereas, i2 and Innvoi are the official distributors in the country. This contract is significant enough as now iPhone will be provided officially and user’s reliance on grey channel for iPhone will ultimately be eliminated.

The influx of wearable technology is one of the most interesting revolutions that emerged in the year of 2014. The toys like devices have made day to day life easier and trendy. Google Glass and wearable wristwatches has made the process of communication more enjoyable as well. Now communication is faster and time saving due to such luxurious devices.

The Demise of Nokia

2014 proved good for some and worse for others as Nokia “The Brand of Connecting People” ended. Microsoft has officially removed Nokia name from its own brand in introducing its latest smartphone aimed at low-end markets, the Microsoft Lumia 535. This is not the end of the iconic Nokia brand. As Microsoft’s agreement with Nokia ends, but chances are there that other smartphone manufacturers can license the valuable Nokia brand beginning in 2016. Nokia itself has, in fact, earlier dropped hints that it might make its own smartphone to make a comeback in the industry it has once pioneered. We can only wish luck to Nokia!

5G: Not Just a New Generation, But a New Kind of Network

The prospects of 5G are even higher than 4G as it is believed that it will further empower user’s experiences of mobile broadband. Qualcomm is already preparing itself for 5G by conducting spectrum tests. In its 2014 Analyst Meeting Qualcomm outlined its vision for the technology, saying that it “will be user centric to scale for billions of connected devices and will provide a unified platform for all spectrum deployments/business models.” Hence, with Qualcomm enhanced chipsets and 5G spectrum, an unrecognisable speed will be enjoyed by the smartphone users.

Big 9: The Digitalization and Socialization of World

The Big social media platforms have actually made everything connected and easy for the active users around the globe. The importance of content in the constantly evolving era of social media has remained the predominant trend of 2014. Social media has provided platform for marketing, e-shopping, jobs, creativity, health, politics and many more things. The Big 9 concept that has dominated the whole 2014 includes basically Facebook, Twitter, LinkedIn, Instagram, YouTube, Skype, Pinterest, Google+, Sound Cloud and Tumbler.

5 MOST AWAITED TOP SMARTPHONES OF 2015 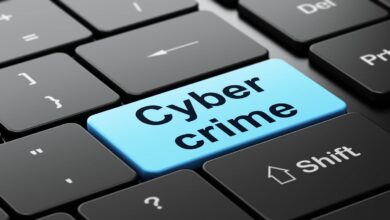