Only in the last ten years have portable PC games been a viable option. Despite the fact that laptops have long supported simple games, if you wanted to get into something more graphics-intensive, you had to acquire a large tower PC and monitor – and “portable” gaming meant dragging that gear to a LAN party. However, recent trends imply that wearable technology — technology that can be readily carried – will become more popular in the future.

There was a lot of discussion last month about how Microsoft’s new operating system would change the PC gaming market. Some of these advantages are planned to be brought to Windows PCs through the forthcoming DirectStorage API.

The concept that technology should be portable is likewise prevalent across the world.

Better components have made it easier for laptops and other portable devices to achieve reasonable performance on a basic level. The integrated GPUs from AMD and Intel are still a little slow for 3D games, but they’re adequate for now, especially if you stick to older games.

The Future of PC games is ‘PORTABLE’

Several cultural influences are driving PC gaming to become more portable. One of these is a trend toward remote work, which has become increasingly popular in the aftermath of the epidemic. Though this may appear to favour desktop sales, the reality is that many individuals want the freedom to work anywhere they choose, whether in a hotel, a coffee shop, or simply a quiet room away from the kids.

It’s difficult to overlook the power of portable designs. The Steam Deck should have the same portability as a Nintendo Switch, but with a larger and more diversified game catalogue. 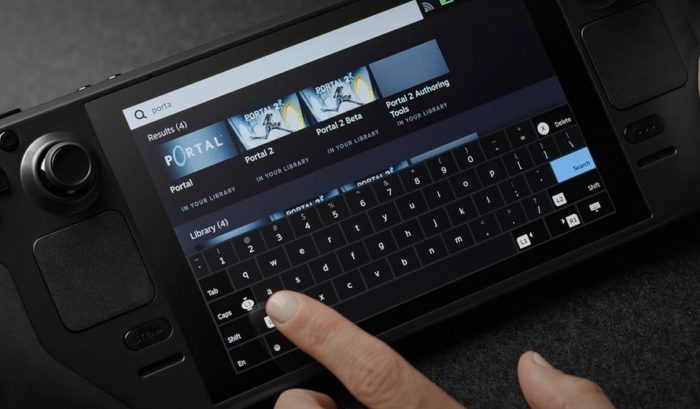 Valve’s Steam Deck, the forthcoming portable gaming device that bills itself as a PC-on-the-go, appears to be aimed at a different demographic than previously believed.

The Steam Deck allows you to play existing PC games (not only those downloaded through Steam, as previously noted) in a new setting. Things start to make a lot more sense if you think of the Steam Deck as an extension of an existing PC setup rather than a standalone console.

What’s slowing down the Portable Shift?

The portable shift is slowed by a number of factors, one of which being heat. High-end laptops are notoriously hot, to the point that firms like Razer go to great lengths to keep them cool. Heat restricts performance, either directly or through design constraints. Gamers dislike touching hot metal, and if a system overheats, it may shut down to prevent further harm.