Vivo, a Chinese Company, has officially begun producing smartphones in Pakistan. The brand announced their first set in Pakistan of smartphones, but we still have to wait to know about the model of the smartphones which are going to be produced in Pakistan.

The smartphone requirements of the country in which more than 1.5 million to 2.5 million mobile devices are sold on a monthly basis will be produced by Vivo, located in the M-3 commercial estate of Faisalabad with 10 million USD of investment.

Vivo Will Manufacture Smartphones with First-Ever “Made In Pakistan” Tag 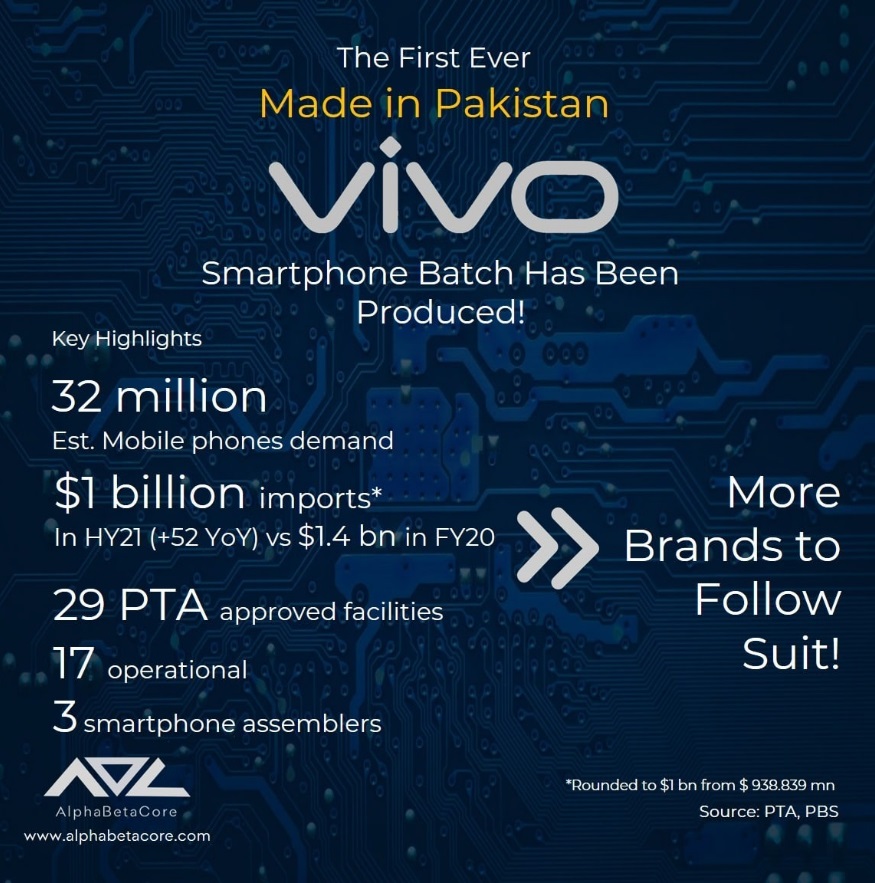 As shown in the above image, Vivo also revealed some of its major highlights in Pakistan. Pakistan’s current demand is 32 million mobile phones and spending on imports of mobiles $1 billion.

Vivo has a total of 29 approved PTA facilities, including 17 operational facilities and 3 smartphones assemble facilities. These data were collected from the Telecommunication Authority of Pakistan and the Pakistan Bureau of Statistics (PBS).

The company has also heard that there will be more brands soon followed by but no brands have been announced officially. We have heard the news of Oppo and Samsung earlier with the aim of establishing local production in the region, but that has not yet been officially confirmed.

Smartphones in Pakistan have always been overpriced due to their import duties, but now we should expect smartphones to price the same as their official prices when devices will produce in Pakistan. We hope to hear more from Vivo soon. Vivo would be the first international brand to start smartphone manufacturing in Pakistan.

You may be also interested in: Samsung Sets New Standard for Flagship Mobile Processors with Exynos 2100