With all the hype regarding the iPad Pro 2021, and all the rumors about the pros and cons of it, let’s look into its more “admired and not so liked” features. The first best obvious ace and the pro point for the iPad Pro 2021, it is the best hand held portable computer made by Apple. It uses the exact same chipset found in the MacBook Air, the MacBook Pro, and even the new iMac, which is not common for a tablet, with 5G and a screen that is a lot advanced than Apple’s laptops. 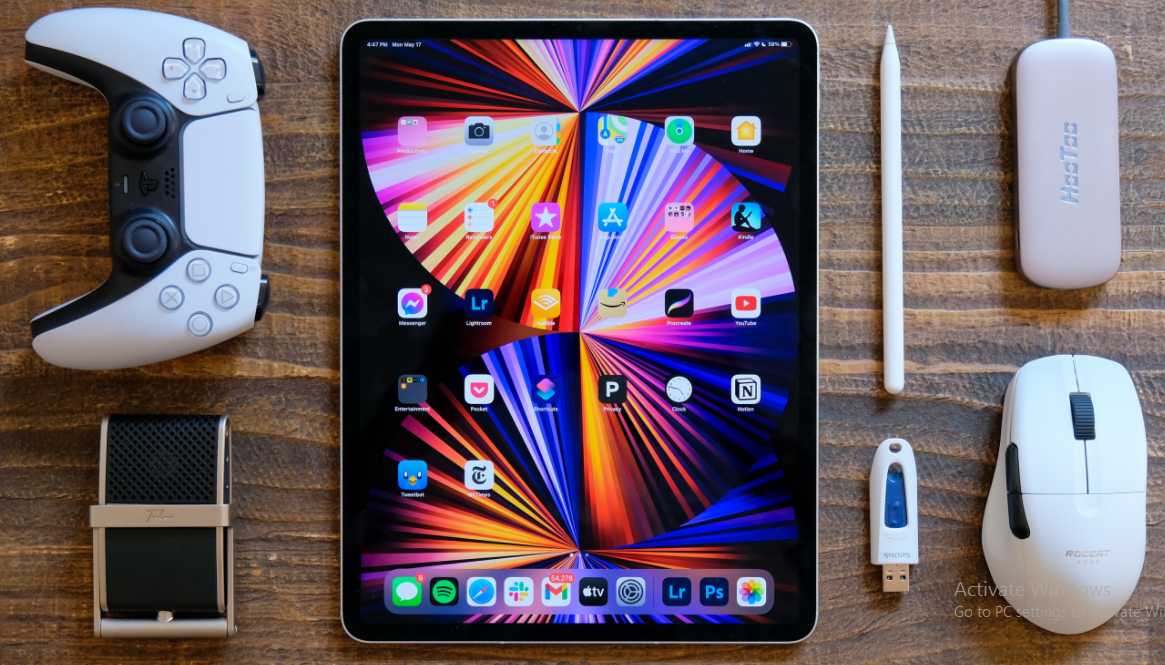 “Tim Cook once said the iPad was the company’s vision of the future of computing” and it seems to be coming into realization. The new iPad Pro seems to be a sign of dramatic changes to come, but at the present, it is — for better or worse — just an “obscenely powerful tablet”.

Apple iPad Pro as usual comes with different storage options and that too this time has gone to 2TB which has never been offered. The different options and storage capacities are given in the table below: 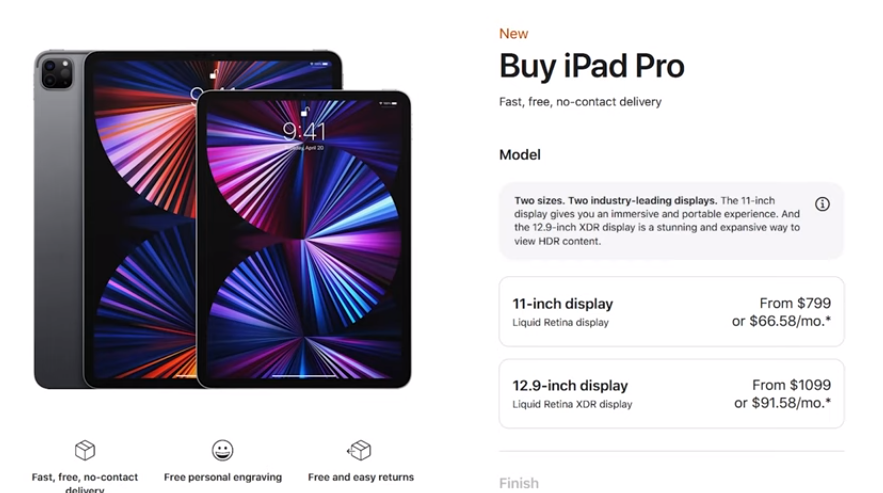 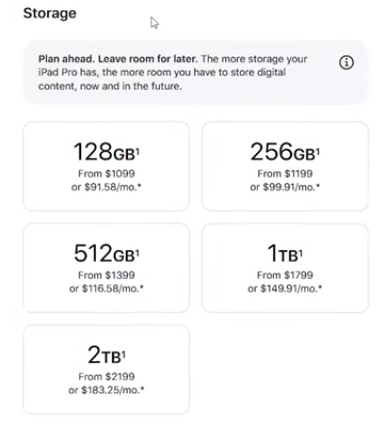 The new model being thicker and heavier than its previous models makes it difficult to hold in hand for longer periods of time and also carrying it along with its Magic Keyboard makes it heavier than MacBook.

It is not a good sign for something that was meant to be a carry along portable iPad/table/.

The reason for the Apple iPad Pro being thicker than its earlier models is because the newly designed Liquid Retina XDR display takes up more space. The extra girth is worth it for all the updates Apple has fitted into one iPad.

It has also traded up its traditional front-facing camera for a 12-megapixel ultra-wide sensor improving the Facetime calls, and it is due to their new Center Stage, features, which props up on the device educating and learning that expansive field of view to keep ones face close to the center of the screen at all times. It does a great job panning and zooming to make sure other people can see you clearly. It even works when the caller tries to move his/her around the center stage, keeps the focus same on the face. It works like a charm.

The camera placement looks a bit awkward i.e. front-facing sensor is wedged into the tablet’s shorter top edge, which is not a bad thing but how many calls and pictures are to be captured with landscape-oriented as one might want to use the front camera when iPad is kept horizontally, which means it’s likely capturing from a weird angle. The end result: some of your video calls will look pretty awkward!

Apple’s new Liquid Retina XDR display is here. The “liquid” meaning it is an LCD screen. “Retina” is a bit of classic Apple jargon, and “XDR” meaning the expanded dynamic range made possible by Apple’s new mini-LED backlighting system. Apple needed precision machinery to correctly place more than 10,000 super-small LEDs and had to re-engineer its optical films to get everything to fit and look good.

The chipset used by Apple in this iPad Pro makes it so different and better. As mentioned earlier, it uses the exact same M1 chip found in most of Apple’s new computers.

Without doubt or any argument this iPad Pro is the best, most impressive iPad Apple has ever built, and that there’s enough potential and room in this iPad to future-proof it for at least a few generations. If one is into the latest and newest technological advancements, this iPad pro is must buy for them irrespective of its price! And if these new specs and advancements are not making a great difference to your technological needs then the earlier iPad versions are the best.

Note: wait till WWDC and Apple shows off everything it has and then make your decision.