The LG G7 ThinQ is a big screen phone with many astonishing features. It has an AI-powered camera, loud ‘Boombox’ speaker, and a bright 6.1-inch display. It’s quite reasonable but still, it is not that popular in the market. There are four Features of LG G7 ThinQ, setting it apart from other phones.

LG has implemented the vibration system-wide. When you move the zoom dial in the camera app, for example, the phone rumbles just enough that you sort of feel like you’re manually moving a dial. Considering the fact that how much we interact with our phones nowadays, any little thing that makes the inanimate object feel more “real” is welcome.

LG technically started this current trend of slimmer/taller aspect ratios for phone screens which makes it easier to grip and use with one hand. This is the most drastic of the elongated aspect ratio’ed phones yet, and it makes the 6.1-inch LG G7 screen noticeably thinner. The LG G7 has a one-hand mode, but most people wouldn’t need it because the phone is already so slim.

The secondary wide-angle lens is one of the best features for the people interested in architectural/landscape photography. Take a look at these amazing pictures. 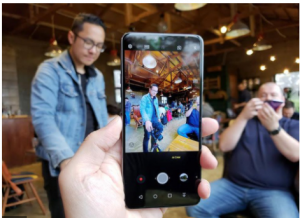 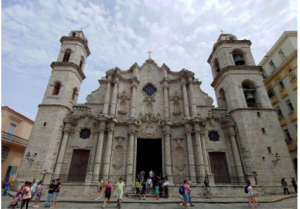 LG’s engineers have also built the loudest speaker into the LG G7. Using a technique that turns the entire body of the device into a resonance chamber, the LG G7 can pump out loud, clear sound.

Every phone has some pros and cons but if you are interested in having a big screen phone with a loudspeaker and good photography skills, LG G7 is certainly a good option.

Also read: LG Patent Shows that it is Working on Foldable Phone