While most people have complimented Apple’s M1 16-inch MacBook Pro (2021) for its larger port-filled design and powerful ‘M1 Pro’ and ‘Max’ CPUs, but it some customers are having charging troubles too. Numerous Reddit users have claimed that when their 16-inch MacBook Pro (2021) is totally turned down, it does not charge, as initially reported by AppleInsider. According to reports, Apple’s MacBook Pro 16-inch suffers from a bug that causes certain customers to discover that the laptop isn’t charging correctly utilizing the MagSafe connector in one specific situation.

As MacRumors pointed out, what appears to be occurring here, as per accounts from impacted users on Reddit, is that the MacBook Pro fails to charge when completely turned down. Even after completing Apple Support’s troubleshooting instructions, the issue repeats once the 16-inch MacBook is shut down, as per the Reddit user. According to Trillionaire’s follow-up post, Apple is aware of the problem and is working on a solution. An easy solution would be to charge the laptop when the display is open and not in sleep mode, but with the MacBook Pro’s high price, users shouldn’t have to deal with difficulties like these. 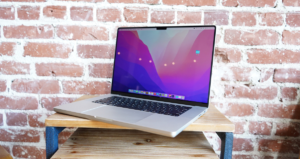 It’s crucial to note that this is a specific circumstance in which the laptop is switched off (with the lid closed) and the MagSafe connection is attached, at which time it only flashes amber (complete with the charging sound effect) and does not charge the battery. However, if the charger is connected while the MacBook Pro is turned on and then turned off, it will charge normally.

According to MacRumors, while Apple offers a support article for cases when a flashing amber light appears while charging, it doesn’t appear to make a difference for these reported failures.

You may be also interested in: Local Manufacturing of Samsung Phones Officially Starts in Pakistan