Some of the specifications of Samsung Galaxy S10 revealed are as follows:

It has been stated that Samsung is trying out the in-display fingerprint sensor in a Galaxy S series phone for the very first time. While discussing Samsung Galaxy S10 fingerprint scanner, the Bell revealed that: 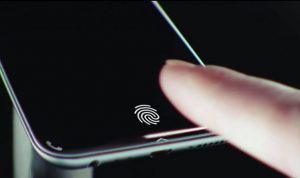 The report by Bell also unveiled that Fingerprint scanner in Display is the biggest differentiating factor of the Galaxy S10 series. Samsung has made a very good attempt in the technology to introduce such in-display fingerprint scanner. Due to this fact, Samsung Galaxy S10 will come with a considerable increase in expenses. An in-display fingerprint sensor module is estimated to cost $15. This cost is seven times more than the fingerprint modules that are located in Samsung’s existing flagship phones. Samsung Galaxy S10 series haven’t been finalized yet, Let’s see what will be the new strategies of the company to make their Flagship series more popular.

Also Read: Samsung is replacing the iris Scanner in Galaxy S10 with this new feature