Google Maps’ Dark Mode on Android app is finally coming soon. The company revealed that after a few months of testing, the feature will roll out to all Android users worldwide. The Dark Theme saves the battery life of users and also helps to reduce the eyestrain with the greyscale interface. The company also confirmed a dark mode for Google Maps as one of a range of new Android features. Google also added new features to extend password checkups to Android devices and a few Android Auto updates.

Google announced on its blog that Google Maps Dark Theme will shortly bring out for all Android users around the world. To search for the latest Dark Theme on your android device, just select  Settings on Google Maps and click on the theme, then see for the Always in Dark Theme feature. If accessible, when you navigate, click on it to lower the lights of the Google Maps app. 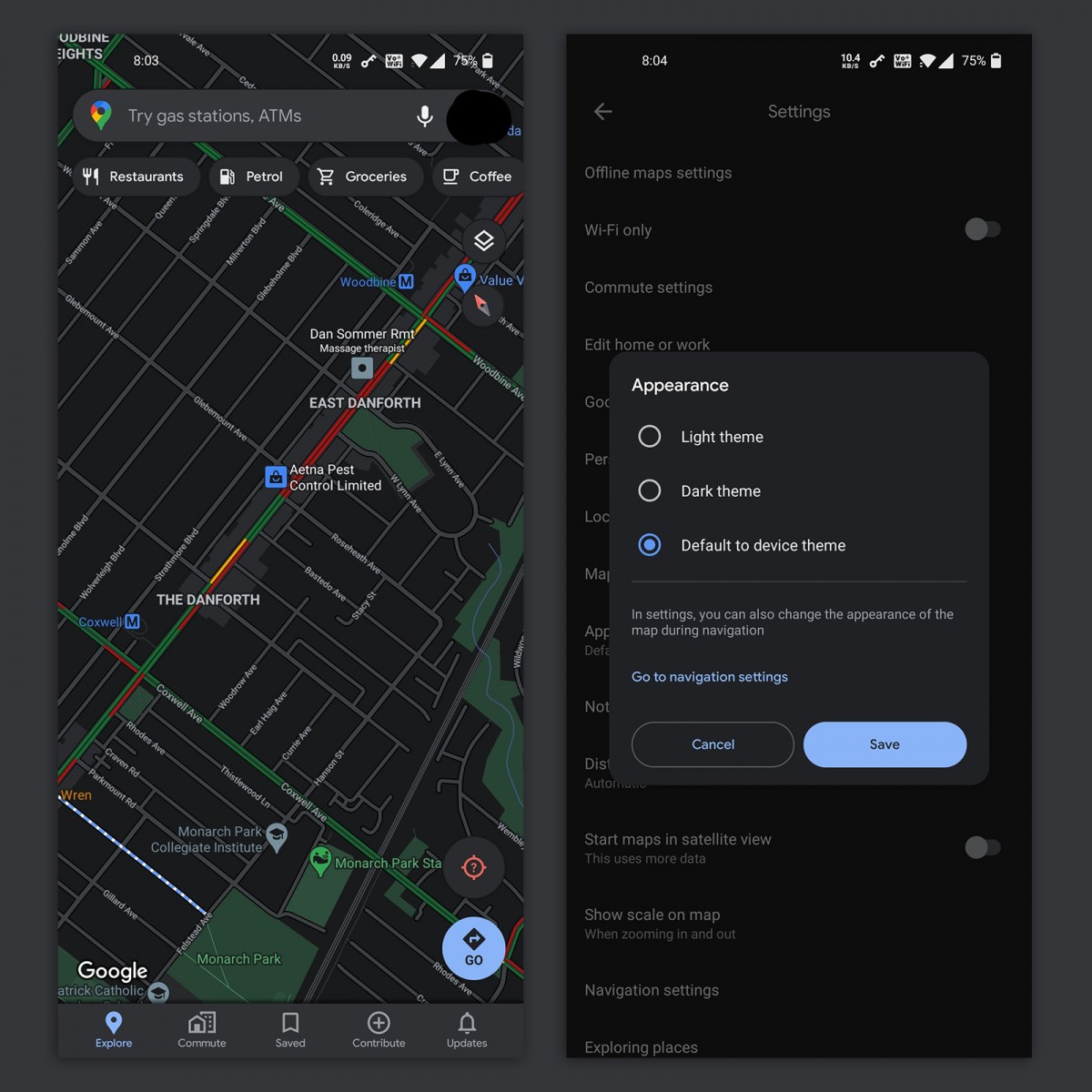 If you want a white screen again, move to Settings > Theme > and press always in the Light Theme option. Even after the upgrade to the new version 10.61.2, still, android users are not able to find the dark theme feature on Google Maps. Google says Android users should be provided with this feature soon and the launch will take a few days to arrive. Currently, no information is available when Google Maps will launch the same feature for iOS.

Google also released a Password Check-up feature for Android handsets. The company said the feature is now designed into Android 9 and higher devices. It also has the option to schedule messages on its Messages app directly. Along with the technology company, the TalkBack Android screen reader was renovated for people who had a visual problem or difficulty seeing the display.