Over the last several weeks and months, WhatsApp has been working on a number of new features. According to a recent report on WABetainfo.com, the mobile app is currently working on a revamped experience for users while making voice calls. In other words, redesigning voice call interface. 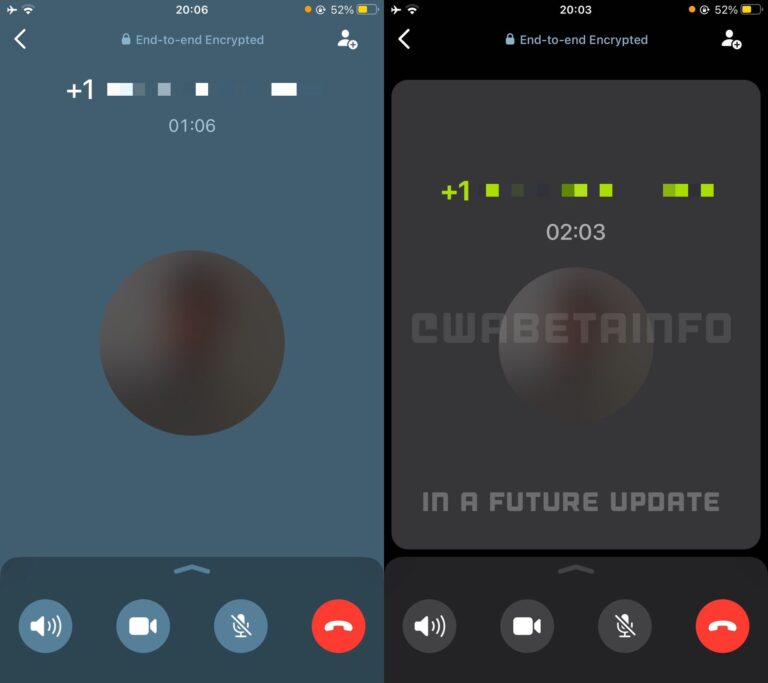 For their website, WABetainfo provided a screenshot of the revised voice call interface on iOS as well as for Android devices. As you can see in the picture above, WhatsApp is changing the voice call interface in preparation for a future update in order to make it more compact and contemporary while also organizing the available space: the new redesign will appear good, especially while making group voice calls.

The aim is to keep the app fresh and evolving so that users have a better and more enjoyable experience.

“Your personal calls are end-to-end encrypted,” a message will show as the indicator. This notification will display in the Calls tab of the app under every call made or received for voice and video calls made or received through its platform.

It’s worth mentioning that WhatsApp made end-to-end encryption a feature of its platform in 2016. It also introduced the same encryption to its conversation backups, which are kept on Google Drive for Android users and iCloud for iPhone users, earlier this year.

Last week, WhatsApp revealed that it was working on an upgrade that will allow group admins to remove messages from everyone, with the intention of offering group admins more control.

Back in July, WhatsApp had introduced its new calling interface to iPhone users. Along with other improvements, the popular messaging software has made it easy for users to add new participants to a current call.