Just as Apple and Samsung, it will likely be another vendor to produce their smartphones without a power supply. The Chinese handset maker is taking some backlash over the rumors that its next big phone, the Xiaomi Mi 11, wont have a charger in the package. It really is a reversal coming just two months after the company joined others in criticizing Apple to make a certain judgment for 2020’s iPhone 12.

Photos of the package of the Xiaomi Mi 11 have recently surfaced on social networks. The images revealed that the box is around the same size as the iPhone 12 package. As a result, Xiaomi users have also questioned if the product is without an included power supply. Xiaomi Leader Lei Jun has now reported on social media site that the Xiaomi Mi 11 (Pro) certainly appears without a power supply. 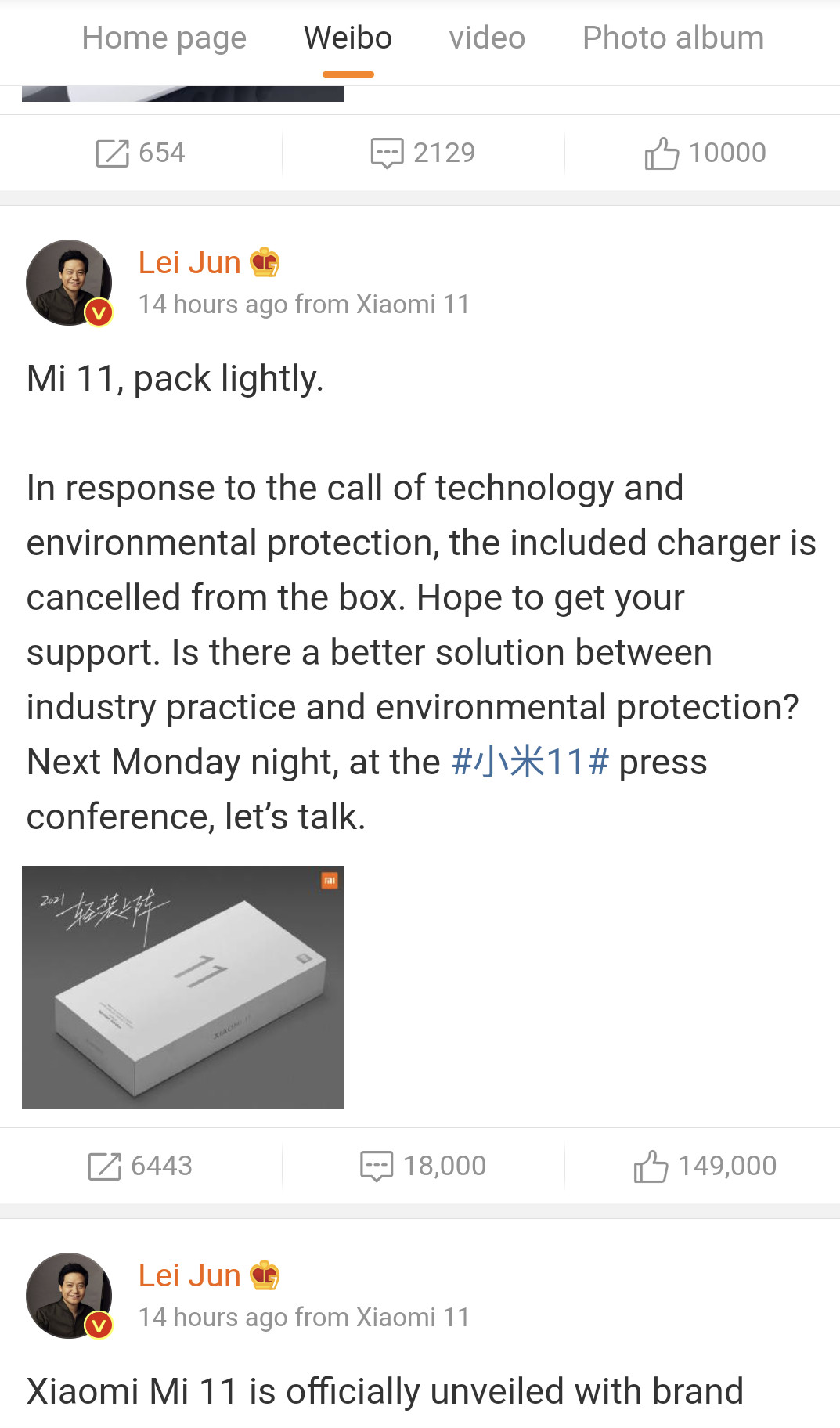 Lei Jun, CEO of Xiaomi, is on the Chinese social network Weibo, in a self-translated version of the post from the original Chinese, Jun said the “change was a contribution to the call of technology and environmental protection, the included charger was cancelled from the box.”

Soon after the iPhone 12 was released, Xiaomi tweeted that it didn’t leave anything outside the package” for Mi 10T Pro, sharing a short video clip that shows a Mi 10T box with a charger inside.

There is an environmentally friendly argument for not including unnecessary chargers with new phones, particularly if the chargers are the same as hundreds of those that most people already have. Yet it seems that handset manufacturers are going to increase the price tags for their new models.