According to the outage-tracking website Downdetector.com, Facebook’s services include WhatsApp, Messenger, and Instagram were down for thousands of users on Thursday. Instagram and WhatsApp, Facebook services had been restored for more than an hour after users reported connectivity problems.

Users’ reports indicated over 112,000 issues on the website of Facebook, while 101,000 Instagram and 516 users of WhatsApp mentioned issues at 6 pm ET on Thursday (3:00 am, Friday in Pakistan). Facebook did not say anything about the issue reported. 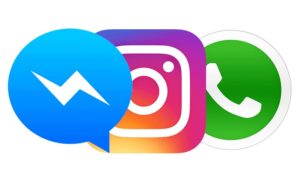 Downdetector tracks outages by collecting status reports from a number of resources, including user-submitted errors. The interruptions may have an effect on more people. This is the second big breakdown in a month, with another mid-March breakdown causing nearly an hour’s crucial issues for Facebook and its other services Instagram, and WhatsApp users.

The Microsoft 365 service breakdown earlier this month and another in mid-March have also been other major outages. Because of COVID-19, such outages are causing drastic impacts on productivity and questioning the current trend of a large number of people working from home worldwide. Zoom, the video-conferencing app that has given millions of users to the remote work environment during the pandemic, also faced a major breakdown last month.