The newest entry in Realme’s budget-friendly C-series is the C21 after the Realme C17 & C15 launch. Realme  C21 is now headed to Pakistan soon. The price and memory detail is also revealed. It is based on the same design as the phones of the C-series have.

The casing of the Realme C21 adopts a plastic finishing. It will have also a fingerprint scanner rear-facing, a triple camera, and a back-firing speaker. Swap over the C21 device front side, it has a big, immediately noticeable display and a bezel. This device has a 6.5″ IPS LCD with an aspect ratio of 20:9 and a resolution of 720P.

Also Read: Realme Narzo Series Gaming Edition 30A will Come with a Strong Processor on March 21 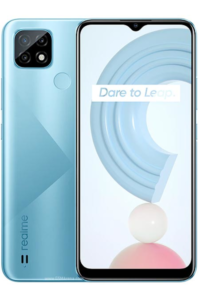 Let’s move to the internal hardware of the phone. A huge 5000 mAh battery is packed in Realme C21, which keeps you running for longer without putting the phone on charging. The battery life can be extended even further by software optimization. The smartphone does not have fast charging technology but reverse charging is supported by the new Realme smartphone. 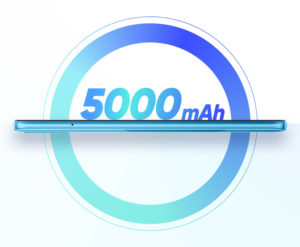 The chipset, the heart of the RealmeC21 is the 12nm Helio G35 from MediaTek’s line of budget gaming platforms. The memory is coupled with 4GB RAM and the storage is 64GB. There is also a 32GB version, but in Pakistan, it will not be available, only a 64GB edition will release here. Both options have storage extensions of up to 256GB. 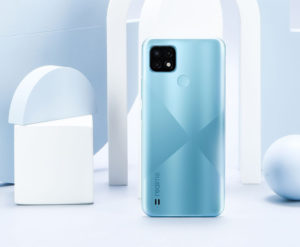 Realme C21 is fitted with a low-end camera range. A primary lens with 13MP f/2.2 and two 2MP portrait and macro sensors are available. The selfie is a modest 5MP camera. These lenses have the nightscape mode, chromium boost, and slo-mo capture. Its price is expected to start between Rs. 19,999 and Rs. 23, 999 in Pakistan.

You may be also interested in: Realme C25 Goes Official Globally